Twitter was born in 2006, on March 21, and it began life with a simple five-word message, as the first example of what would become universally famous as ‘tweets’.

Eight years later, this mindbogglingly simple service has grown into one of most popular and successful online social networks, and boasts nearly 255 million users who are active on a monthly basis, and revenue of $665 million in 2013.

Popular as it is around the globe though, there are some facts about Twitter that are not common knowledge and that you might never have heard of before. Read on then and discover 10 things that you probably didn’t know about Twitter until now:

1. It Almost Never Was

For all its fame and success, Twitter might never have been at all if Odeo, troubled by slow growth and souring investors, hadn’t hosted a hackathon in 2006.

Twitter user @Yougakduan_00 holds the distinct honour of having tweeted more than anyone else in Twitter’s history. The Japanese girl posted an astounding 36,402,262 tweets before her account was suspended.

3. By Any Other Name

or even Twitch, as the founders were nervous about Twitter due to its association with the word ‘Twit’. One has to wonder if it could have been just as successful by any other name.

The term ‘tweet’ wasn’t invented, or even initially endorsed, by the company itself. However, they caved to pressure from users who insisted on ‘tweets’ as opposed to the officially proposed ‘status update’.

Yes, there have been over a billion tweets, and the journey from the first ever tweet to the billionth took three years, two months, and one day.

Twitter posts are restricted to a mere 140 characters and it hasn’t as much to do with brevity as it has to do with the fact that Twitter began as an SMS service which imposed the character limit.

Another popular Twitter term, Hashtag was not invented by the company, just like ‘tweet’. Rather, it was first proposed in a tweet by @ChrisMessina in August 2007. He is now known as ‘The Hashtag Godfather.‘:

If you want to post the ideal picture with your tweet, so that the full photo is displayed in-stream automatically, you should use a 2×1 ratio. Example: 500×250 pixels.

Twitter’s iconic bird has an official name, Larry Bird, after the legendary Boston Celtics player of the same name. The bird can be seen as Twitter’s logo on all types of media. 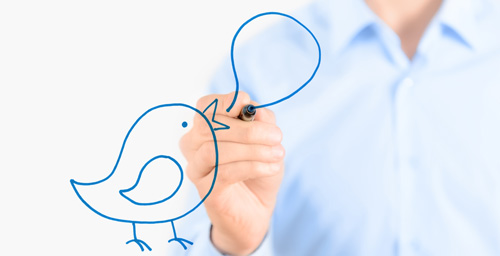 Creating a social media reel can be a daunting task, but it's essential for any business looking to create a successful social media strategy. By...

Become a Superhero with these 22 Secrets of Facebook Marketing

Do you want to be a superhero? No, not like that. I'm talking about becoming a super Facebook marketer. Sounds great, right? It is! And...

As a marketer, it's important to know about the different types of social media platforms and what they're used for. Each platform has its own...