The Olympics are here and we have been glued to CBC watching the Olympics. We can’t get enough of the Olympics and are cheering for the Canadian Team – who are making every Canadian proud. Many of you know already that we are huge Canadian supporters and love everything about Canada. It’s the main reason we wanted to help Canadian Marketers with our National Marketers Survey. Go Canada Go!

I have to admit, I also really like Great Britain’s video on the Olympics:

We wanted to analyze what Twitter users were saying about #Sochi. We are big on data for our clients, which is why we decided to use those lead generating tactics to dig deep into the massive amount of data on #Sochi. We wanted to know how many people were talking about #Sochi? Who was the most popular person or handle was?

48% of people tweeting out on the #Sochi hashtag are status updates. 47% are RTs and shockingly a bit low at 5% is Replies. It looks like a lot of users are simply RT what the major media outlets tweeting.

50% of twitter discussions on #sochi are occuring from users who have between 100-999 Followers, followed closly in second by 0-99 followers with 28%. 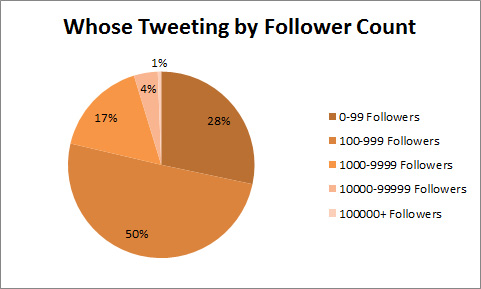 What I really want to know is who contributed the most and what are the most popular tweets so far.

Wow – not even we expected a skier to pop out of the matryoshka doll 😉 #Sochi2014 pic.twitter.com/Bzh4sy4dUf

Olympic gold medallists are paid differently by country. For example, Canada’s payout is a tenth of Italy’s http://t.co/oQWA0oqB9n #Sochi

Are you looking for creative ways to prospect on Facebook? Wondering what campaigns are working well for other businesses? Check out our list of 10...

Why Social Media? In the world of the internet, technological influence enhances more than ever before. One of the essential and most efficient portions of...